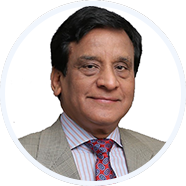 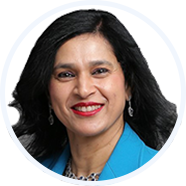 Samin K. Sharma, MD, is a renowned interventional cardiology expert in New York, well known for performing high-risk complex coronary interventions (more than 1,500 interventions per year) with an extremely high success rate (greater than 99 percent) while achieving an extremely low complication rate (less than 0.2 percent major complication). He has received the prestigious two-star designation (significantly lower than expected mortality) numerous times by the New York State Department of Health and the Governor's Award of Excellence in Medicine in 1996.

He has served on New York State's Cardiac Advisory Board from 2004–2016. Under Dr. Sharma's leadership, The Mount Sinai Hospital Cardiac Catheterization Laboratory has become one of the safest nd busiest centers in New York, providing state-of-the-art cardiac and interventional care for all types of simple and complex heart patients. In addition to coronary interventions, Dr. Sharma specializes in the non-surgical treatment of mitral and aortic
valve disease including transcatheter aortic valve replacement (TAVR) and MitraClip procedures (TMVR).

He has authored over 250 papers and 15 book chapters in the field of coronary interventions, structural heart disease and safety of percutaneous interventions. He is also a philanthropist, and The Mount Sinai Hospital Cardiac Catheterization Laboratory is now named the Dr. Samin K. Sharma Family Foundation Cardiac Catheterization Laboratory. Dr. Sharma has built a 250-bed heart hospital (EHCC) in his native Jaipur, India to provide the best care to all patients irrespective of their financial and social status.

Annapoorna S. Kini, MD, is internationally acclaimed for her special expertise in performing complex coronary interventions, especially in chronic total occlusion for patients with advanced coronary artery disease, high-risk interventional cases, and alcohol septal ablation for the treatment of obstructive hypertrophic cardiomyopathy. Dr. Kini has been the principal or co-investigator in numerous randomized clinical trials. She has extensive experience with mitral and aortic balloon valvuloplasty and has been among the first few interventional cardiologists in the country to use the transcutaneous aortic valve implantation procedure in the treatment of inoperable patients with critical aortic stenosis. She has also made history by performing the first live case performed entirely by women during the CRT meeting on March 5, 2018.

Dr. Kini performs over 1,000 coronary interventions annually, the highest number by a female interventionist in the United States, with an extremely low complication rate of less than 0.3 percent; an official report from The Department of Health recognized Dr. Kini as the safest operator among 350 other physicians in the state of New York numerous times (2004-2016). She is the recipient of 2011 Dean’s Award for Excellence in Clinical Medicine at The Mount Sinai Hospital. She also received the Physician of the year award in 2014 by The Mount Sinai Hospital nurses. She received the Excellence in Medicine Award by the National Association of Physicians of India (AAPI) in July 2016. In May 2017, she received the prestigious Ellis Island Medal of Honor, the highest award given to any immigrant civilian, and in 2018 she received the American Heart Association's Heart of Gold Award.

Dr. Kini is a keen researcher, particularly recognized for her studies pertaining to intra-coronary imaging studies including IVUS, NIRS and OCT, and trials such as YELLOW, CANARY and ORBID have made major headlines. She has published more than 100 peer-reviewed scientific publications, and book chapters in major cardiology textbooks. Dr. Kini is the recipient of the "Rock Star of Science" award from the American Heart Association. She is member of the Royal College of Physicians of London and Fellow of the American College of Cardiology. The most recent YELLOW II study was an ambitious translational combination of multi-modality imaging with clinically relevant cellular biology and comprehensive transcriptomics.

Dr. Kini is an excellent teacher, and is dedicated to the teaching of both cardiology and interventional fellows. In fact, the 2012 batch of Mount Sinai interventional fellows created a teaching award in her name, "The Annapoorna S. Kini Fellows' Choice Award" for excellence in teaching. Her achievements are not only limited to serving as the Director of the Annual Live Symposium of Complex Coronary Cases at The Mount Sinai Hospital, one of the most attended and respected meetings in the field of interventional cardiology in the country. She is also the director of monthly webcast program, CCC Live Cases that has a worldwide audience of 10,000+ physicians spanning over 130 countries.

Dr. Tang completed his residency training at the University of Toronto and also a Masters of Science there and an MBA at Harvard. He underwent subsequent training in transcatheter valve procedures at Leipzig Heart Center and University of Pennsylvania. Dr. Tang is leading a number of multicenter research projects in structural heart disease, including the global EXPLANT-TAVR and CUTTING-EDGE registries. He pioneered the cusp-overlap technique to optimize self-expanding TAVR deployment and a commissural alignment technique to help better orient TAVR devices (the ALIGN-TAVR study).

His research and clinical results have been published in many top peer-reviewed medical journals and presented at many international conferences. He has trained many physicians and heart teams to perform transcatheter valve procedures around the world.

As a world-renowned expert in atherosclerosis, Dr. Moreno has been a pioneer in the understanding of inflammation and acute coronary syndromes. Dr. Moreno also contributed to vascular biologic aspects of restenosis, a renarrowing process that occurs in coronary or peripheral arteries after stenting.

Dr. Moreno has additional extensive experimental research in novel diagnostic and therapeutic modalities for vulnerable plaques, the most common cause of a heart attack.

Thanks to our supporters